What a Michelin star chef taught me about community building

A chef, a farmer, and the results of perennial attention to detail.

"The way to write a recipe is from the ground up."

That’s Dan Barber, executive chef and owner of Blue Hill Farm. Dan’s been awarded Michelin stars many times over, and his restaurant in upstate New York is a destination for serious eaters. He knows his stuff.

But Dan’s not the only star at Blue Hill. He works closely with Jack Algiere, Farm Director at Stone Barns, which supplies Dan's kitchen. Of Jack, Dan says:

“He's driven by creating the best possible soil environment, and it's just a nice thing that we're getting the best flavors in the kitchen."

In other words, the world-class food is a second-order effect of the maniacal focus on quality soil.

For Barber, it’s not about trying to build and grow a restaurant—not the beautiful interior design or the perfect presentation or the unexpected flavor profiles. According to the chef, it all starts in the dirt. 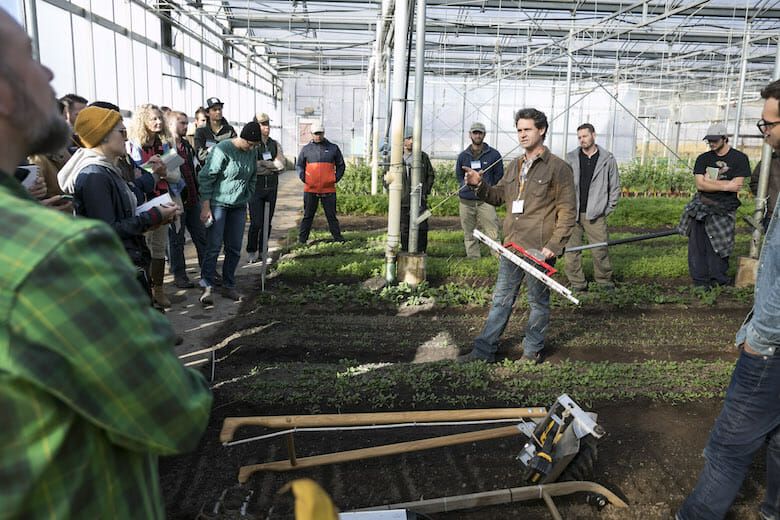 In the same way, so many aspects of a thriving community are second-order effects of long-term effort. You can’t game community growth by trying to make it grow, by creating the most beautiful website or the best designer swag or hiring celebrity influencers and hoping for the best. At least not for long.

The good news? You can make deliberate investments and decisions to stabilize your soil and help it produce. That includes:

In the kitchen, you can taste and feel the results of good soil:

"Flavor is the truth tell. You cannot have a jaw dropping delicious carrot without the right kinds of stewardship decisions. You can have a carrot. But you can't have the kind of carrot that you taste for 5 minutes after you swallow it. That's the permanence of something that's grown in the right way."

Lots of folks ask about how to grow their communities, but growth is a second-order effect. Much more interesting and impactful, I think, is the kind of permanence that occurs over many seasons of intentional work.

Have you ever been part of a community that just feels great? Chances are it’s the result of a deliberate focus on that community’s soil. These communities retain their members and create value for current and future participants. And with a bit of luck, and proper care and feeding, there’s a good chance they’ll grow as a happy side effect.