A typical product community has many stakeholders, from investors and company executives to the leads of related teams. In addition to the needs of the community team itself and its members, of course. When measuring community, no single set of metrics will satisfy all of these audiences. Each audience will have a different perspective on your community depending on the type and level of their involvement and what they need to do with the data and insights you provide. A common disconnect occurs between the community team and the execs who oversee or fund the community program. For individual teams, this can cause problems with continued investment in community. Collectively, these problems can hold back the ambitions and long-term success of community as both a practice and an industry.

We spoke with Jono Bacon, a leading community consultant who previously served as director of community at GitHub, Canonical, XPRIZE, and OpenAdvantage. With over 20 years of community experience, he has been an individual contributor, a team lead, and often works with C-level management. This varied experience makes him uniquely well placed to understand the differing perspectives these roles have on community.

“There’s a cultural mismatch,” says Jono. “Many community managers and executives don’t know how to talk to each other, and instead, they talk past each other.”

“The community manager is invariably incentivized by people, empathy, and groups and that kind of rich collaborative experience.” In that respect, they should have a lot in common with executives. “They appreciate people, collaboration, and inclusivity too," but "the CEO will probably never, ever go and hang out in a forum and talk to people with like-minded interests. They rarely do that.”

Although community is an evolving area, many companies will already have some history with it, either directly or indirectly. “It’s one of the things I see all the time; it’s kind of like the elephant in the room with a lot of companies that I’ve worked with. They see the value of community but don’t know how to build it. And sometimes their execs hear horror stories from others about community managers that showed up and didn't deliver the results they expected. The particularly cynical refrain is that they were popular on Twitter but didn't actually deliver anything, at least from their vantage point. Sadly, this has been known to cause many execs to be trigger-shy about community.”

Often, a community team is trying to figure out how to measure their product community and overcome this lack of trust or understanding in community as a practice. Let us dive into the needs of the critical exec stakeholders to understand how you can establish a community measurement strategy that satisfies and builds trust around what you are trying to achieve.

Understanding the board and C-suite

Many executives and their boards (made up of other executives) have what Jono calls “a squishy, feel-good relationship with community.”

“Everybody says that community is important. Everybody uses the word ‘community’ over and over again because it doesn’t have any negative connotation. But when it comes down to it, when that board deck is produced and shared... community value has to be a function that is supportive of many of the classic metrics a business is measured by, including market positioning and revenue.”

“The board might be very interested in community, but often their primary interest here is financial and market growth, of which the community strategy must support this success.” As a community team, it is essential to keep this in mind. “In the first, maybe two years, you might be able to get by on the squishy feel-good elements of community that makes it so magical for us all... but at some point, the work you're doing is going to have to draw a connection to genuine growth and business value.”

“At that board level, there's usually between three and six things that they measure. It's going to be things like annual recurring revenue, logos on the website, customer attrition... that kind of thing.”

“Now, for early-stage founders or CEOs... they care about pleasing their board (as well as customers, investors, etc), but another thing they care about is whether their business is having an impact. Execs are usually driven by impact: they see the bigger market opportunity and they see a pathway to success. So when approaching community metrics, you need to think about how to satisfy all those things.”

“ There’s a cultural mismatch,” says Jono. “Many community managers and executives don’t know how to talk to each other, and instead, they talk past each other.”

For starters, according to Jono, you need to “position community as a fundamental strategic part of the customer and company journey. People often use communities to evaluate a product, so position it in the value chain there.” Then, “if you zoom into each of those different numbers that they care about, it's like a fractal; it breaks out into multiple numbers that roll up to that other number.”

Thankfully, product communities “can influence all the things they care about. They can influence ARR. They can influence the number of logos on the website. So find a way in your metrics to draw those connections. You need to make sure that the evaluation of the community program has that direct correlation to those executive benchmarks.”

Putting this understanding into practice

Consider this example. “Say there's a software company. They make a database, and you're setting up a forum. As the community team, you might be interested in tracking five metrics: page views, signups, DAU/MAU, likes, and accepted solutions. That'd be great for you, but if I was talking to a CEO who doesn't really understand the value of community, and they need it as a competitive advantage, but don't really get it... they're going to be bored senseless by those five metrics.”

For them, instead, consider “why are people using a database? They use a database not because they care about it; they use it because they’re building an application. The database is an ingredient. So I'd focus one of the community metrics on applications built using that database platform. You might then run app developer competitions, and then that metric shows impact through applications built using their database. That would generate exec interest.”

“Another thing you might track here is conversion. You don't want to sell directly to community members, but you want to make sure that people are converting. Otherwise, ultimately it'll be a loss leader. And to solve for market recognition, you could focus on brand growth through things like SEMrush and keyword ranking.”

In this example, “If I had gone to the CEO and said, here's how many posts you have in your forum, I don't think they would have cared because they wouldn't see the connection between that and what matters to them.”

Metrics by themselves are helpful but do not necessarily tell the complete picture. As community professionals, we have to keep in mind our nuanced understanding of community versus someone who does not live in community world day-in-day-out.

“The thing that a lot of executives struggle with is differentiating between different types of online engagement. They say, ‘I know we pay evangelists who fly out to conferences and write blog posts. I know we pay our social media team. I know we run events and webinars and workshops, and then there’s a forum or Slack channel.’ But they can’t tie those individual initiatives back to their goals because community is so squishy. Community can be anything from a knitting circle to Kubernetes. You can’t blame executives for not being able to figure out where community begins and where it ends—I’ve been doing this for 24 years, and at times I still struggle with this as well.”

By considering the perspective of execs and how they view community, community teams can help close the divide between themselves and their exec team. In doing so, you can move towards a shared understanding of the impact community has on the business by crafting an effective community measurement strategy that works for all involved.

Tools of the trade

Insights from our Constellation Report on analytics tools and the parts of the puzzle they solve. 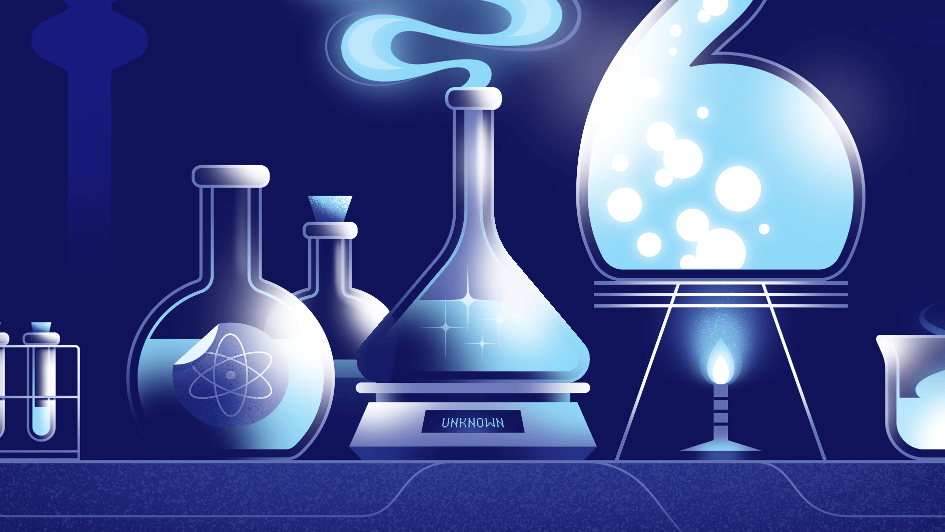 Balancing the two sides of your community measurement story.