The role of events in community growth

Insights on how to build and scale an events program—An interview with Jana Iris.

Events are a staple in community building. The Orbit Constellation Report found that events were the third most popular community program, with 53% of community teams running some kind of event program. But what role do events play in driving community growth, and how do you sustainably establish and scale an events program?

To answer these questions, we spoke to Jana Iris, who spent almost seven years overseeing the events program at HashiCorp while Director of Developer Events and Experiential Marketing. While there, she co-authored the book “Digital-First Events,” drawing on her experiences in creating engaging community experiences.

An essential part of a community building formula

”For community building, there's a formula for how you can grow your community,” says Jana. “You need to do it uniquely for your company, so it has its own voice, and you might have different audiences you're going after, but ultimately there's still a formula to it. It consists of a set of online and offline programs and initiatives that you put in place based on the maturity of your community, and events is a really big part of that."

“Events play a pivotal role in connecting your community to your brand and products,” explains Jana. Jana threw HashiCorp’s first-ever user conference in 2015. It was an enormous undertaking for a company that at that time still only had 10 full-time employees, but they saw events as an essential way of cementing the relationships that members of their community had formed online. They were meticulous in their planning, spending weeks reviewing talk proposals and putting together a technical, highly relevant speaker lineup. The audience experience of the event was paramount, and the audiovisual setup was prioritized (in terms of budget) above everything else. They thought they would only get 150 or so attendees but ended up beating their expectations, selling out their first HashiConf event with 350 folks in attendance and a further 200 on the waitlist.

But that investment was worth it, as Jana explains: “Six years later, some of those folks became our largest customers. While others became core contributors, our ambassadors, and even employees. Community building through events is a long-game, but if you get it right, the payoffs are huge.”

Systems thinking is a core part of HashiCorp's organizational culture, with frameworks and guides informing a lot of the decisions they make. This applies to events, too. Their event strategy has been refined over time and now focuses on four building blocks: knowledge sharing, genuine connections, designing with empathy, and trust-building. These blocks are the focus of their 40+ page brand guide that informs everything from the overall vibe to the visual look and feel, logo usage, messaging, and programming details.

“When putting together an events program, a question we should all be asking ourselves is how do we tie our brand into these community experiences?” says Jana. "It can't just be about us talking about ourselves into the ether. It has to be about enabling a mix of one-to-many and one-on-one conversations between members. So whenever I create a conference, I spend a lot of time thinking about the layout, flow, and ways to create an environment that enables closer emotional connection.“

Sometimes that means rethinking what might otherwise be standard, expected elements of a conference. For example, HashiCorp never throw parties. Instead, they have an "evening social“ as that’s more conducive to building genuine connections, both between members and with their own staff, too.

”Our conferences really helped connect the community to each other, and also to us. We had all of our employees come to the first HashiConf and it enabled people to really get to know us, and in doing so, the company was no longer this black box. People now knew the people behind HashiCorp and that built empathy. One of the advantages of that, is if later something went wrong, like if we had a bad deploy, or a system went down, because people knew us they were more understanding."

HashiCorp’s conferences are complemented by an extensive user group program known as HashiCorp User Groups, or HUGs for short. The first HUGs started in 2015, and they now reach over 34,000 members with 138 groups in 48 countries. The user groups are led by community members, with the community team supporting them with content and speakers. This program enables people worldwide to meet in person outside of HashiCorp’s schedule of events. They use Meetup Pro to run them, which enables organizers to have complete control of managing the user group logistics, while the community team can centrally control the messaging and branding. So all of the meetups globally have the same name, look, and feel.

Of course, it took years to achieve the size and scale of the events program that Jana oversaw.

”At HashiCorp, we started with a few meetups. Then the following year, we added a European conference, and then we began with our user group program. Later we layered in HashiTalks, which was like the hallway track, and lots of our community members got to speak at those.”

So if you’re just getting into events, think about how you’re going to scale them up over time.

“Start with a few meetups or tech talks just to bring your community together,” advises Jana. “Rather than committing to a user conference upfront and worrying about how many people will come, build up to that. That's necessary too from a cost perspective. In-person events are expensive. The per-person cost is high relative to other options. There's a lot involved in running an in-person event. There's speaker management, sponsor management, the venue and A/V equipment. You need to pick the food, the furniture, consider the lighting and sound design. It’s a lot of work.“

In order to make that work at scale, Jana built a small internal team focused on events, but leveraged outside resources through agencies too. ”For a conference of around 300 people, that's something that one experienced events person can manage. But as you scale up from that, it just becomes way too much and it's at that point I'd consider bringing in an agency. The big advantage is that you can bring in more or less resource as you need, depending on the seasonality of your events program.“

“You want to consider a range of event types, online as well as offline,” advises Jana. “Not everyone can travel, and yet you want your conferences to be accessible to everyone. Virtual is here to stay, and it's good to combine types to maximize the impact and reach of your events program.“

HashiCorp was early to digital events. They launched HashiTalks, an all-virtual, 24-hour knowledge-sharing event that enables people from all over the world to get involved. This program predated COVID by a year, but as COVID took hold, they adapted to the changing environment and went all-in on the switch to digital events.

This switch made their events far more accessible. From running in-person conferences for 6,000-8,000 people, they suddenly had virtual conferences that had 25,000 attendees, from 100 different countries.

The secret to their success was not just to take offline events and put them online but to rethink how a virtual event should work entirely to create a seamless, engaging experience.

For example, they recognized that attendees at virtual events have more distractions from being at home than they would have had they been there in person, so they adapted the event format accordingly. Their conferences run over two days, but for just 3 hours a day. While talks are limited to 20 minutes because they found that’s the average attention span of a virtual attendee.

To ensure they maintained the quality bar in terms of presentation, they chose to prerecord many of their talks. While the event emcees are live and have interactive elements like chat, the talks themselves are recordings, albeit with live speaker questions and answers afterward. They made this happen by shipping speaker kits containing A/V equipment and lighting to all of the customers and ambassadors who were speaking so they could still create highly-produced videos despite the speakers being distributed.

“We would do environmental checks for all speakers. We’d hop on a call, and would walk around their apartment and help them find the best spot with the right lighting,“ says Jana.

They provided coaching to speakers, advising them on where to look and how to give a great, engaging talk without the usual audience reactions to go by. For staff talks, they went further, having art made or shipping out plants to create the perfect backdrop and adapt their homes to work as a studio. They put just as much effort into the events platform they used too. They wanted continuous chat, an easy way to ask questions and view the schedule. They didn’t find anything off-the-shelf that ticked all of their boxes, so they created their own software.

Despite the scale advantages of virtual though, Jana still recommends you have an in-person aspect. "It's just not the same with virtual conferences, they don't build the same type of connections like you can with in-person ones. I've tried a bunch of different ways to recreate that sense of community online, and while you can get great numbers of attendees, the connection just isn't there.“

An opportunity to get creative

As in-person events become viable again for some, “people are really wanting that in-person connection, right now,” says Jana. “It's a really good time to launch a user group program or a curated dinner. Get creative with it. It doesn't have to be pizza and beer at a tech talk. There are unique ways that you can start bringing people back together. Rent a bowling alley, meet up in a park. Rethink what an in-person experience for your brand should be by asking yourself, what would make you want to come?“ Jana’s taking her own advice here. “For my next conference, I'm creating a festival. Why can't a tech conference be like a music festival?”

Events, both in-person and virtual, have a unique role to play in establishing bonds between members. Combined with a considered approach to scaling up your events program over time, they can become the cornerstone of your community growth strategy.

What it takes to scale

An inside look at the realities of growing a thriving community. 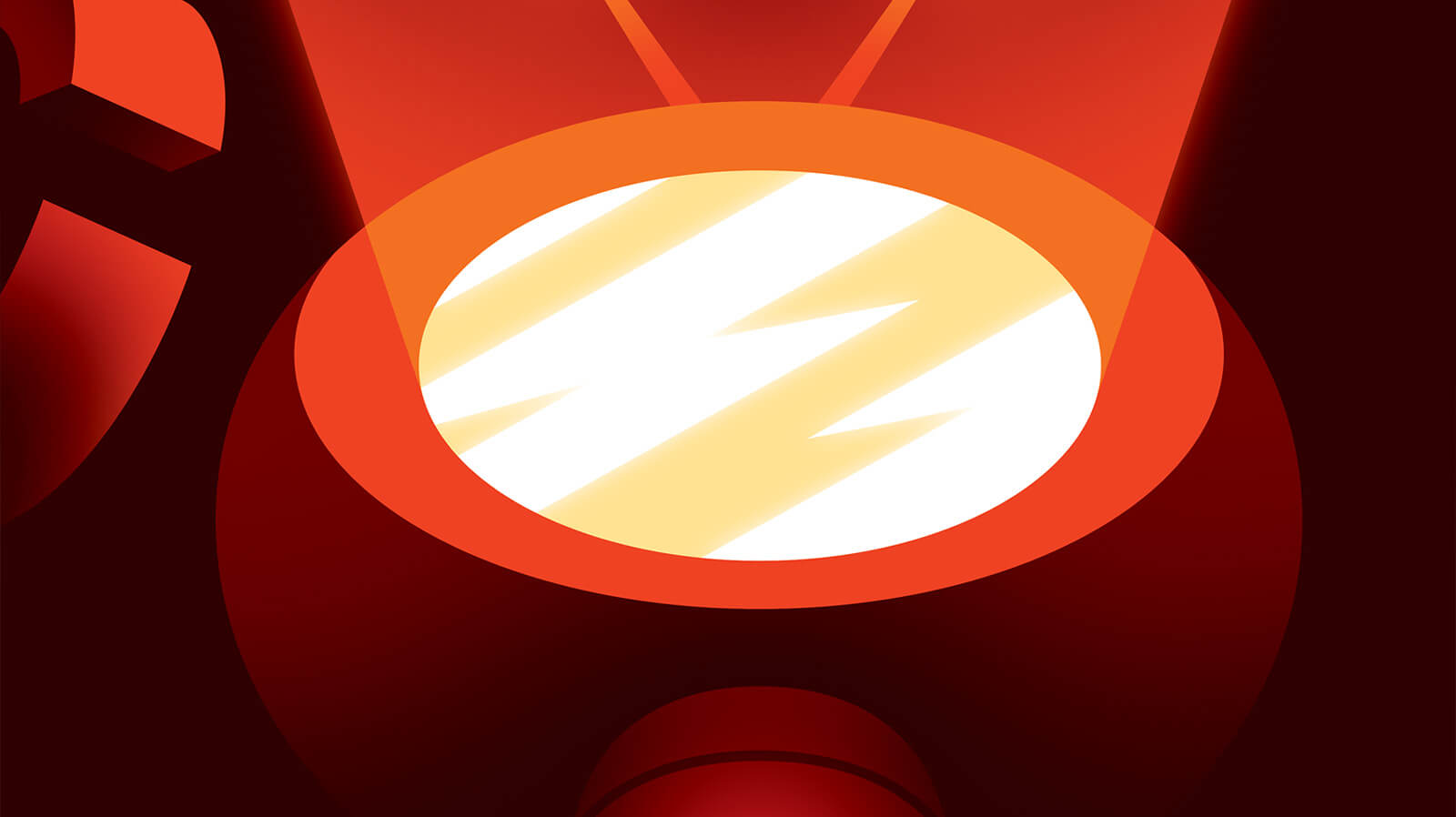 Why 25 livestream viewers are better than 1,000 video views.